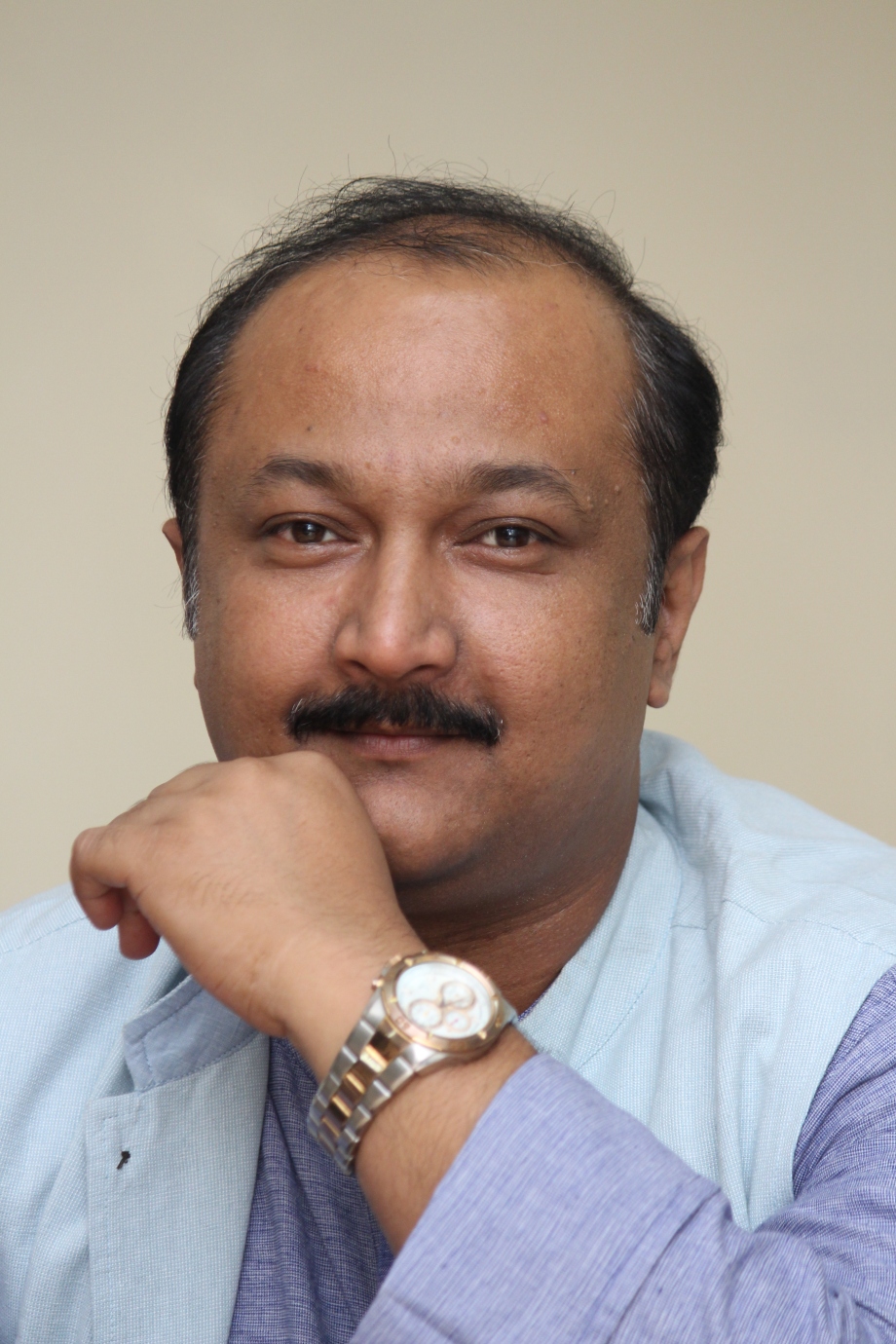 When I get to read a new book of poetry, I give myself a chance to know the poet as well. And the best way that works for me is to select a random page and read the scribbles on it. Ignoring the introduction or the foreword helps me in unveiling the plot which is woven and unwoven through the poems. That experience sometimes equals with that one of an explorer who suddenly discovers a hidden lake in a virgin mountain range, like these lines:

“Wishes are chanted with closed eyes

And we continue to live being frightened”

(“Gateway to God,” The Earthen Flute)

The sudden impact of ‘wishes’ reminds me that even intimate kisses are also performed with closed eyes, and people who do not close their eyes while kissing their partners are psychologically considered very cold-hearted or insincere. I feel that the emotion these two lines have generated are exactly similar to what I’ve felt through ages about the religious and ritualistic capitalism that generate fear and thrive on the rules of fear to keep people through generations, irrespective of their religion, caste or creed—blindfolded, cocooned inside their shells of superstitious beliefs; no amount of education has been able to break that shell to enlighten them.

These are rather somewhat accepted norms in today’s Indian society and putting these thoughts into a lucid poetic language has not been a consideration in the society of poets – for the fear to be branded as the one who couldn’t go beyond the so-called boundary of postmodernism to find words which will seldom make any sense or relate to any depiction of truth.

Astonished at this impact, I take a leap backward and the sketch at page 20 erases the heavy mist from my eyes. Somewhat unmindfully, I look at the poem on its neighbouring page and get startled by the title of the poem: “Kajal Deeghi.”

The entire title of a poem has been named after a very popular childhood memory—a Bengali rhyme and the visual impact associated to it—so nonchalantly that it almost reduces the memory to a huge nothingness; it rather becomes a reminiscence of youth.  Should a poem take that path of telling a story or should it merely be an indifferent narrator of the life it has experienced? In this particular poem, the fear as well as the potency of the colour black engulfs the water and it gradually increases to submerge the vision of the reader; it was mentioned, “water here didn’t look black”—but that eternal distance between an assumption and the reality is immaculate and the poet never tries to break or cross it. He rather expands its possibilities to that unattainable point where an imaginary woman becomes the love icon of a complete generation.

Is that woman very different from goddess Durga? Is any woman different than an earthen form of a super-deity for that matter? Our societal practices use the women, worship and abuse them as per necessity, and then throw them out of focus to satisfy the loosely-guarded conformity. Saying this, I wouldn’t like to be branded as a feminist which I’m not. I just happen to notice the eyes of a mother which areresponsible for a construction, a deconstruction and a destruction of a society and its practices. I wonder, is she herself responsible for this fact also that sculptors forget to concentrate on her third eye—the eye of wisdom and enlightenment? The eyes of a mythical girl—a woman of religious substance become that of an earthly human with one blatant stroke of thought: “It has been kept open / Full or half” (“Keep an Eye,” The Earthen Flute). I realize that the poet has a fetish about eyes—earthly, magical, reluctant, casual, submissive, a certain lifelessness imposed on them.

“Time and Tide” (The Earthen Flute) could just be another tale of misfortune. But the improperly done egg-yolks changed the colour of the poem to an extremely unwanted white. Had it been a dream, it could be explained as representing an unfortunate woman’s unintentional inability to give birth, who at the prime of her youth loses her husband—the gateway to everything formal and established in a patriarchal society. Seeing the stunning use of allegory, I couldn’t be sure that it is not one.

A sense of urbanization dwells in the words of the “Cryptic Idiom.” At the same time, the poet’s profound connection with mythical symbolism is easily comprehended. However, some lines here and there may seem a little too obvious. But, doesn’t life itself play the obvious many times, making it monotonous and wanting us to break free? It is that urge and courage to deflate, and completely ignore the consequences, and the fear linked to it creates the poet out of a common man who can utter words like a surreal existence:

“No sorrows anymore, nor a hint of delight

A wonderful world opens up deep inside”

Speaking on surreal, poems like “Gateway to God,” “Do You Have a Christian Name,” and “Struggle for Silence” are as fresh as the first monsoon rain. The poet seems to be in complete harmony with his soul or self. This synchronization with one’s soul is not easy, and once attained, it keeps one’s consciousness tuned to the cosmic rhythm. Hence, what was a mere perception, now becomes an effortless practice.

As I moved to the poet’s other book, Reflections on Salvation, the spontaneity and confidence of my reading of The Earthen Flute was carried forward. By now, I started to feel that God is a concept to the poet of these two books. He is not suffering from any kind of dilemma about his God’s gender or prejudice, and therefore, the age-old ritualistic practices are not significant to him—he can easily give humanity a higher place over the much feared and worshipped “godliness.”

In a time of utmost restlessness and intolerance throughout the country when murders cannot be attributed separately to political or religious reasons, Reflections on Salvation opens with the poem, “Saffron.” By saying this, I’m in no way trying to prove that this is a poem that stands against or in favor of any particular political opinion. However, some words are opinionated and formed even before they’re uttered.

From the very first poem, the poet influences his readers with apt questions or accounts that are generated from the clarity of a logical and literate mind: “…with saffron comes sannyas or renunciation, and with renunciation arrives attachment. Attachment with the world, attachment with domesticity, or may be the Gods.”

In present day India, this very word (saffron) has become synonymous with the masking and unmasking of people who have been living together for generations. From that perspective, it is a very bold stance to approach the practice and consequence of spirituality—make observations about it, question it and comment on it with spaces left for other people to join in the conversation.

At the first instance, what might seem a somewhat unmindful observation will stun the reader by posing a question like this: “You perform and we call it a performance. Shakespeare said, “All the world’s a stage.” What if you have no audience? What if you are not applauded?” (“Stagecraft”).

Will you still act to do justice to whatever role you have in the play? Are you still ready to go on? And then, there are questions asked in these prose-poems which I will not ignore as the inadvertent ones like the one placed in “Cow”: “If scriptures are made for the humans, what about humanity?”—makes me think—it’s reassuring to find out that someone still cares! It’s a refreshing change!

The prose-poetry in Reflections on Salvation follows the process of detoxification and purgation of the long-stored and forgotten waste materials which have started to take a toll on the society. A poet may not choose to lead or be a part of a procession with placards and fists, but his words create equal and more forceful impact and it is absolutely a poet’s responsibility to be a part of the life—its negativity and positivity that surround him. “Paradise” is one such piece that presents a very mundane and middle-class scenario and then poses a question at the end—bringing the mirror to the readers if they’re still hesitant about facing it: shouldn’t the woman who sacrifices her whole life for her family get a preference from her family in return during her lifetime only and experience the heaven on earth?

“Krishna” and “Instinct” are profoundly and directly atheist in their treatment. One thing that I find very unambiguous is that, this book very boldly points out the lack of spirituality and its understanding in our daily practices of religion and scriptures. Being religious and being spiritual are two totally different aspect of the same thing…a man can be deeply spiritual, thinking that he’s extremely religious, while an atheist can be a very spiritual person in his living and thinking. It seems to me that it is an unfathomable space which this book deals with perfect freedom of speech. This book also satires the much coveted atheism in present generation, which is an expression of nullifying the concept of God, as practised in Hinduism. The basic and advanced Vedic knowledge and its explanation, practices, its history and roots are nowhere related to that trendy part of the fashionable atheism.

Humor, satire, and sensitivity have all been taken into consideration while penning these two books, and the first two qualities have etched their impact on the sharp edge of the messages, without failing to hit at the right place at the right time, delivering the intended impact.

About the Essayist: Dolonchampa Chakraborty is a professional translator and editor. Worked for the Education Departments and city offices of USA, UK and Doctors Without Borders. A poet herself, she has two books of poetry to her credit. She was a panelist for the Bengali language in Indian Literary Festival, 2015. After managing the editorial responsibility of Bookpocket, an online Bengali magazine for three years, currently she is working as the editor of The Nilgiri Wagon, an online magazine in English that works to create a successful communication among the languages and literature of India and the rest of the world.